I always enjoy lunch with him for the conversations that we have.
This was one of my favorites.

He said, “Why are pigs haram?”
I said, “Because it’s not clean, and our religion likes cleanliness. A lot.”

“Why is it unclean?”
“Because pigs don’t sweat. They don’t have perspiration glands. So all of the dirty stuff that’s supposed to be excreted from the body as sweat, are actually mounded under the skin as fat, a.k.a lard; the thing that makes New Orleans dishes so tasty. It’s actually the same thing that makes canine snouts unclean, because that’s the ‘sweat’ orifice.”

“So?”
“Carnivores eat raw meat. Raw meat contains blood. Blood is unclean because of all the medical reasons why you can’t just transmit blood between people without testing it first.”

“But we eat poultry! Poultry eat worms and bugs!”
“And worms and bugs don’t bleed the way a prey would when hunted by carnivores.”

His reaction was so cute.
First he made a nod/shrug.
Then he mumbled “makes-sense-to-me-and-this-I-can-buy.”
Then he finished his lunch thinking about Saksang.

*Note: Saksang is an Indonesian dish, consisting of pork meat, cooked in pig blood.
- May 31, 2007
Email ThisBlogThis!Share to TwitterShare to FacebookShare to Pinterest

My Rule of Thumb in Practicing Pluralism 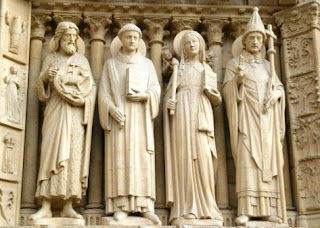 Four thousand years ago, father Abraham asked for a child. All the powerful man that he was, all the grace and wondrous man that God made him, all the promises that God had given him in this life and the next, he still longed for a child of his own.

And children he was granted.

Few hundred years later, after years of oppression, the children of Israel were offered infinite power over mankind. (They goofed up the offer). And as father Moses spoke, their legacy was carved onto stone and marble and gold.

Next came Jesus with a program that spoke of kindness and sacrifice. His objectives were designed to fit the needs that his countrymen needed to direct their attention to.

Then, at last, came the prophet who was given a program, a work plan, that was so universal and inclusive that it was supposed to fit every one, from his kind and none, in his lifetime and beyond, until the dead are risen and mortality ends.

If this latest and most updated religion is supposed to fit all of the children of Adam who came in the prophet's generation and beyond, through hundreds and thousands of generations of mortals, how can it not be designed to fit the needs and requirements and flaws and stupidities of all of its so-called believers and followers?

How can this religion, with its so-well-promoted inclusiveness, not include the saints and sinners, men and women, and the whole-nine-yards, if it’s not already tailored to fit everyone?

It is my naive assumption that this is a fit-for-all religion, which concluded its entire curriculum with the simplest and most common of all senses:
لها ما كسبت و عليها ما اكتسبت.

Child, you’re held accountable to everything that you do.
Similar Posts on Prophets:

- May 28, 2007
Email ThisBlogThis!Share to TwitterShare to FacebookShare to Pinterest 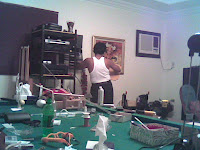 My marriage ended a year ago today,
And today, for the first time, I put a price tag on my body.

I’m exhilarated.
This is insane.
Turns out that having a price tag makes it easier to afford what the heart cannot buy.

This post scared me. I'll never do this again. Shit.
- May 14, 2007
Email ThisBlogThis!Share to TwitterShare to FacebookShare to Pinterest

Let me remind you of how that felt.
I grew up beaten.
I was beaten until a lip broke, a surgery required, or a patch of ivory-skin turning deep purple.
I was the subject of anger for the longest time.
The beating stopped when one day I placed a knife up my neck.
“Let me just save you the effort.”

What’s incredible about undiluted fury is that, when it comes, death becomes such a peaceful option.
- May 11, 2007
Email ThisBlogThis!Share to TwitterShare to FacebookShare to Pinterest

…and we all, one day, wake up to just one more disappointing morning.

(Because you can still love.)

Ohshurrup!
- May 07, 2007
Email ThisBlogThis!Share to TwitterShare to FacebookShare to Pinterest

After months of hanging around the Saudi Blogosphere, I’m starting to get the feeling that, hey, maybe I’m not the only one in the resistance against superficiality and shallow materialism.

Reading on,
I find creatively capable people who would dare to take that step out of anonymity and address themselves as real people and not just internet synonyms. I find people still longing for freedom and fighting against the same judgmental and rigid stupidity that the Anonymous (Who-Keeps-Telling-Us-That-We-Are-Oh-So-UnIslamic) is representing. I found people capable of saying words like freedom and open-mindedness and America without affiliating the words with Kafir, or “Sharameet”, or Kentucky Fried Chicken.

These are the kinds of people I’d hang on to if I ever had to go back to Saudi. With them around, I’d know that as long as their hearts remain in and for the country, Saudi Arabia isn’t just another sample hole from hell. These people have all the might and strength to keep the country cultural and truthful and opinionated.

To all the Saudis bloggers and artists and wishful thinkers, you’re as good a reason that we’d still consider ourselves, and be proud to be, Saudis for.

No, mom! I’m not going back just yet!