The day is particularly bright this Saturday morning in December, 2008, where global warming has done a great job in shifting the monsoon seasons and making it erratic. We're lucky today; ribbons of sunlight resting comfortably on my audience's faces.

The MC presents the purpose of today's, and my mind struggles to understand the polite Acehnese language he employs.

(they trust the Acehnese language. Indonesian is the language of the tyrant, which is the only language that I know in this setting.)

My turn now.
I take a deep breath. Stand up. Look at the crowd and smile wide.
And every word is completely wiped out of my mind.

This is part of my job: saying a speech in front of 50+ people from logical/fluid memory. The presentation didn't get better from that point forward. My frozen mind made twists and bends to bring some sense into the gobbledygook that my mouth forced out to the audience.

In response, the audience shifted, looked amongst themselves, and giggled.
(Giggled?!)

Whatever I said through the decades that I felt passing as I stood there, didn't give the impression that this is an NGO that's been running for years in 20 different countries. Whatever kindly words that the audience said to me afterwards, no matter how well received the program was in their community, no matter how uplifting EnglishButler and Chewbacca's words were afterwards, didn't – couldn't – lift me out of the funk that I was in.

I'm such a sorry excuse for a public speaker.

To me, public speaking is a no-no zone; it has always been my worst and unlikely social glitch. No matter how crystal clear are my ideas, no matter how well prepared I am before the event, as much self-talk, writing and rewriting that I do before an event like this, I always fuck up.

And it’s an embarrassment by 50folds when you do it in front of people you're trying to impress, especially when you're supposed to be good at it. Why should I have to go through this? Why do I have to embarrass myself like this?

Tell me, how many times do you have introduce and embarrass yourself in front of anyone before you actually quit trying? Once? Twice? 10 times?

How about "Never" for an answer?

Not good enough. I'm supposed to do this for a good half-a-dozens of times.

*********
I met RC few days later. He's one of those reformed Acehnese folks who is both book and street smart; a person who has been through formal higher-education while still saving himself from the ruins of becoming a nerd like me. I admired him immediately for the qualities that he had, and the thoughts and past and stories that his the smallness of his physique couldn't have expressed.

He carried a Tsunami story on his shoulders.

It's inevitable to meet a living Acehnese who doesn't have a tsunami or conflict story. Either that they've lost someone in that dreadful morning of December, 2004, have been in the company of so many ghosts, or have heard the echoes of armed-combat ramming on their front doors.

No Acehnese, living in their ancestral land, is spared from such stories.
No matter how many stories I've heard, no matter how different the versions are, no matter how long it has been since, stories of loss and death and mindlessness never fail to remind me – every time they are repeated – of how incomprehensible the life that we have to survive or lose.

How does it feel not to have parents? How does it feel to lose your entire family, your home, your heritage, and everything that provides you with identity and recognition, all at once?

No matter how big a heart you have, no matter how courageous you are, the immensity of these kinds of experiences are bound to cause massive dents on your entire perception of life and beyond.

How many times do you need to experience a war, a tsunami, the loss of a parent or child, to understand the extreme and tragic brevity that's called life?

And that is more than enough.

So I sit back this December morning, and compare my notes with the people I've been working and living with. Over and over again I'm taken aback by my lack of experience and sensibility. Something is always terribly missing in my professional and public conduct. Something that doesn't seem problematic for both RC and EnglishButler.

What was it in their upbringing and background that made them become the men that they are now? Of all the qualities that I don't have, it's their purposefulness and clarity of goals that I envy the most.

Does it really need a tsunami to make a person to grow up?

Does it really require a proper marriage, a good kick of a childbirth, for the spoiled brat that I am to finally "get it"?

Does it really require a dangerous and close encounter with immortality for a person understand? What if that experience never happens? What if all of our experiences never reach the level of extremity that could make us "get it"? Do we remain insensible and thoughtlessly flowing through life?

Why do I, with my given level of intelligence, just can't get it? Why does it feel like, the more people I meet, the more I know and go through, is the more obtuse I am?

Maybe I should just give up on learning…or trying to learn, pack up and just be the spoiled brat that my presumably bitchassfuckingrich family has been nagging me to accept and become.

Maybe I've been stubbornly avoiding the life and learning that has been there all this time, just because it comes in a package sealed with the Kingdom's emblem.
Maybe some people are just designed to go through just one massive and staggering experience to actually get it.

And maybe, just maybe, some fools are meant to go through a number of experiences, for a number of times, that are smaller scale in immensity, just because they're so obtuse to get it if it had only happened once, no matter how extreme.

Maybe some fools are supposed to live with and annoy the hell out of an English Butler, work with and amongst Acehnese folks in Aceh, to have a lesson or two sink in after repeating it – how many? – half-a-dozen of times.

Once upon a time in this passing week, in a land where conflicts and natural catastrophes were once the topic that people started their conversations with, I sit in front of a crowd of 20+ people.

My notes laid comfortably in front of me. RC on my side and the English Butler's eyes within my view.

The MC has given his opening speech, welcomed everyone and placed the silence in my lap. It's my turn to break it.

I take my breath, whisper "Bismillah…", and smile to the audience.

And words flow out of my mouth in clear, audible intonations.

So, how many times did it take?

Not once. Not twice or half-a-dozen of times.

And there's no such thing as "enough" in learning.
- December 16, 2007
Email ThisBlogThis!Share to TwitterShare to FacebookShare to Pinterest

What Parents Pray For 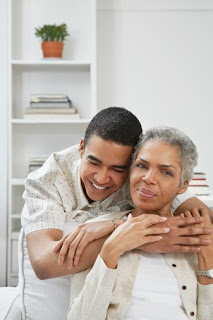 Everyday, there is one more parent in the world praying for their sons to be delivered from harm. May your parents' prayers be granted, and you shall never meet me. Amen.
- December 07, 2007
Email ThisBlogThis!Share to TwitterShare to FacebookShare to Pinterest
I have not written in such a long time that I feel that I need to reintroduce myself here.

So, hello, reader. My name is Alia Makki, and my internet alter-ego is Hning Swara. The reason why I'm better known as Hning is because I used to be shy about my identity, when the main reason I was online was to flaunt my antisocial behavior and flirt with mortality, leading to paranoid explosion of hurting my family's reputation.

Nowadays, I'm still antisocial, just less flaunty about it because I'm too busy to care what strangers think about me. Besides, my family know me pretty well, and I'm don't need to test their love anymore. At least not by acting out on them.

I've been wondering why I work and think and go through such experiences that nobody else needs to go through to validate their existence, which led me to the discovery of "Attention Deficit/Hyperactivity Disorder", or ADHD for short, and explained a whole lot about why I keep losing things, can't stay focused for more than 2 minutes at a time, have so many checklists, am a compulsive writer, am severely underachieving, can't finish projects, and can't hold jobs, places, men or memories without writing it all down. Writing it all down. Like this.

[fukc with self-diagnosis! –intentional misspelling there]

And that's why I'm blogging again.

That's why you're reading this. Because I'm trying to explain myself again. To you.

Writing is a method of self-talk; a way of practicing presenting bad news to loved ones that you disagree/have ADHD/plan to get married to somebody who nobody likes/retire among goats and buffaloes in a farm while writing yet another list of things that you're about to do.
You'd see me writing when I feel that hell is about to break loose and that all the pillars that hold the world upright – even Sandaran Hati* - are about to abandon me.

You know that moment when you look up and see the sky shake with storm and fury? When you realize and brace yourself for whatever is coming ahead of you and there's nothing else that you can do but breathe through it all?

And you wonder how come He's just grinning at you from beyond the clouds.