When I Didn't Feel Like Writing For A While 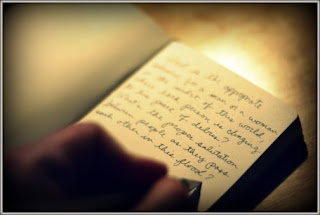 It Didn't Make Much Sense Anymore
I Miss My Mom
I came home from work the other evening, just like every evening in the last year, to an empty house. The darkness immediately swallowed my voice, as I find no one to speak to about my day, about my work, about the little disasters I’ve caused and seen happen around me. Little stories that would have brightened up my mother’s face had she heard them; because I have a poet’s cynicism in my narrations and nothing can jumpstart my mother’s laughter – for an entire semester – like my stories.

But my stories don’t have that kind of effect on my mother anymore. She doesn’t smile to me like she used to. She doesn’t brighten with stories anymore. Not even a bit.

So I hold back from telling stories to her. Then I held back from telling stories to you, too. I really don’t have much left to say, really. I’ve been offline a little too long. Been fighting for a cause that nobody really understands. Been fighting for causes that I don’t welcome anymore. I grew up and stopped believing in so many things. We grew up, and we realized that the world, wherever we go, still treats us just as half-heartedly.

"Yet, it feels okay, everything feels really okay, because that’s just the way the world makes sense and remains meaningless."

I Miss Writing Well
That’s how I’d usually write a regular post, in a normal day. I bring up the stimulant, tell you about the tiny little details, and then ask you questions about meaning. “What would you like to know? Whom do you miss the most? What scares you? What would you like to embrace? What do you believe in? What are you living for?”

Blogging has been a great source for that kind of relief. That someone out there knows about my whereabouts on a postly-basis. That someone out there is also searching for some meaning in all of this dementedness. The thought struck a goldmine of addictive relief: I became addicted to the meaninglessness presented in my writings. “Let’s burn some rubber! Raise some hell! Imprint an exotic tattoo on every inch that goddamned ivory called skin! The fuck with living!”

And it grew lame. After half a year in Aceh, after half my life spent on screaming like that, I realize that my writings have lost its thoughtfulness, my thoughts lost in the fake hostility, feeding the fake-hostile demon called anger that I pet and caress every time my fake-pride needs a fake-boost.

[Besides, spending 3-dollars-an-hour on internet connection when your entire income is just 20-dollars-a-day is just plain ridiculous. I do have to pay the not-very-fake rent, you know?]

I Miss Thinking Straight
So, maybe this when the questions are completed. I’ve asked everything that I can ask. I’ve drowned in so much longing that there’s not a crease of longing that I do not yet recognize. And it prevails. I still long for the gone, whether I am here or there, with or without you. The effect that questioning life and longing, can no longer give the relieving effect it used to have for each other; when longing relieved life and life relieved longing.

What’s left right now is just to stop writing for a good while, straighten up, and go – through the sun, through the city, through broken chains and empty hopes, through the darkness of the human mind – to work.

This is me bidding you, my reader, farewell and a very long good night. Because, tomorrow, I need to work some mud on my clean shirt, spit some blood and quit being such an intellectual pussy. This is the time to start another argument with my peers, to soak in the rain, to ache to the bones, and soil every neat reservation with the essence of human struggle in its purest form.

And maybe, just maybe, someday shall come a page written so differently, so longed for.

...I came home from work the other day, just like everyday in the last year, to find my mother pouring her attention to the hand-stitched fabric in her hands, and the soft sound of the TV in front of her, both watching after her during my absence.

She picks her head up, and looks at me the way I’ve always waited for her to. Her face brightens the room at the mere sight of me, “Hello, child, how’s your day?”