20 little things that would make life in Saudi AWESOME 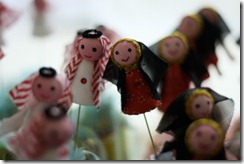 As a Saudi, I like Saudi as it is. I love Jeddah as it is. But if I may suggest a few changes on the following items, it'd be even nicer to be Saudi and live there.

Anything to add? Thanks for reading and leaving comments.